Dick Mann’s Factory Triumph. Offered for sale. A rare piece of flattrack racing history. Dick Mann’s Factory Sponsored Short Rod 750 Triumph. It is in a one of one Dick Mann Triumph frame. Right side shift with transmission conversion to BSA shift pattern. Built and raced by Dick Mann in the 1974 season at such legendary venues as the Peoria TT, the Colorado Mile, the Castle Rock TT and the San Jose Mile. Restored by personally by Dick Mann to race ready condition. Fast and sounds amazing. 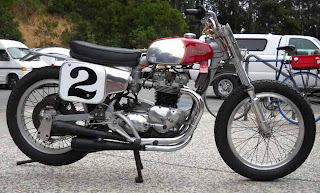 http://vft.org/vftforsale2.html
I built this Yamaha DT2MX with a trackmaster frame back in 1974. I sold it in 75 or 76 to a student attending the University of Wisconsin Platteville. The motor number of the DT2MX motor is 192293. Im not sure if the motor is still the same after all these years, the person that bought it from me back in 75 or 76 said that he may change the motor. If you have any info on this bike it would greatly appreciated. 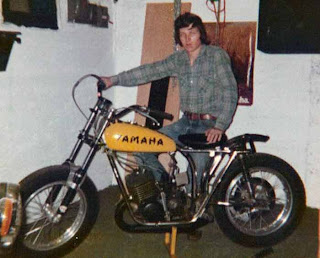 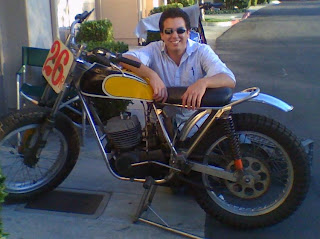